Notwithstanding the Mayan prediction of the end of the world on December 21, 2012 or the “fiscal cliff” of December 31, 2012, the greater change to the construction world will be accomplished by California Senate Bill 474 going into effect on January 1, 2013. On and after January 1, 2013, the risk allocation for subcontractors and contractors on commercial or public construction projects in California will fundamentally change. Historically, general contractors have included Type 1 indemnity provisions which shifted most of the contract risk to subcontractors. Not only was the liability risk shifted to subcontractors and their insurance companies, but the contracts required the subcontractor to defend almost any claims. The burden of defense was exacerbated by the Crawford decision issued in 2008, which made the defense obligation an independent obligation of the subcontractor.

The change to the law is being made through Civil Code 2782 et seq. Previously, any effort to shift indemnity for a party’s willful negligence was void. After January 1, 2013, any clause which attempts to relieve a public owner, commercial owner, general contractor or higher tier subcontractor of its active negligence is also void. Curiously, a public entity can require a general contractor to cover its active negligence. One can still seek indemnity for passive negligence, typically a failure to act when one should have acted.

General contractors in particular may want to cover the additional risk relating to their active negligence with insurance. In fact, wrap-up insurance policies are exempted. Many know of wrap-up policies as OCIPs and CCIPs.

The better question is, what will the courts deem to be “active negligence” in the years to come?

Larry Lubka
Lubka & White LLP
larry@lubkawhite.com
626-301-0700
This summary is made available by the lawyer or law firm publisher for educational purposes only as well as to give you general information and a general understanding of the law, not to provide specific legal advice. Lubka & White LLP does not offer or dispense legal advice through such articles, blog posts, or other publications. This article is not a substitute for obtaining legal advice from a qualified attorney licensed in your state.

Listed below are just a few of the topics I have addressed in 30 years of giving seminars and courses regarding construction law, public works and government contracts. All of my courses are regularly updated to reflect changes in codes and regulations, as well as recent court decisions. If your organization, company or public entity is interested in a course focusing on one or more of the topics below, let us give you a proposal. A two hour course held at Lubka & White’s office can cost as little as $500.

We are willing to customize courses for your organization alone. By example, we can provide your people with a paragraph by paragraph review of your standard contract or we can examine a challenging situation your company has faced and provide guidance regarding how to handle that type of situation in the future. 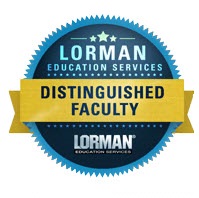